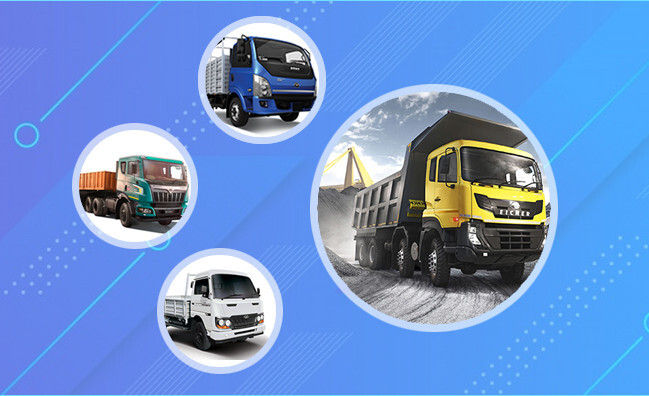 Truck makers reported their monthly wholesales dispatches for December 2019, which points towards sustain pressure on new truck sales. The medium and heavy commercial vehicles segment battles for recovery as cautious fleet operators eschew buying new truck due to lower demand for freight amidst pressure on the economy.

The commercial vehicle sales in December 2019 show no signs of recovery as truck manufacturers battler to increase their monthly dispatches to their dealerships, which dropped double-digit in the month. The pressure on the economy, lower demand for freight worsen the large fleet operator’s sentiment who stayed away from buying new trucks, thus the medium and heavy commercial (M&HCV) vehicles segment taking a beating. Two major players in the M&HCV segment Tata Motors and Ashok Leyland posted a 40 % drop in their heavy truck sales. However, OEMs appear to be cautiously optimistic as they seek to reduce the BS-IV stock in the distribution chain to better prepare for the BS-VI emission regime.

Speaking on the company’s performance in the month, Girish Wagh, President, Commercial Vehicles Business Unit, Tata Motors, said, “Retail was higher than offtake by ~13% in December, with further stock reduction, as we move closer to BSVI transition. Overall sales continued to grow for the second month in a row, with Medium and Heavy Commercial vehicle sales being higher than November’19 by 15% after posting a ~23% growth last month. Enquiries continued to increase gradually, with fleet owners realizing the economic benefits of replacement of their older vehicles now.  Increasing enquiries and lower stocks augur well for future volumes and realization, an early indication of which can be seen in December.”

Commenting on the performance, Veejay Ram Nakra, Chief of Sales and Marketing, Automotive Division, M&M, said, “Our performance in December is as per year-end sales outlook, and currently we are also comfortable with our overall stock levels. As we get into the new year, we are fully equipped to roll out our BSVI products and have taken all requisite measures for a smooth transition over the next three months.”

Reporting the December freight rates on the key routes in India, Indian Foundation of Transport Research and Training (IFTRT) said, The December witnessed Rs.2.16/lit (ex-Delhi) increase in diesel price, while full truckload (FTL) truck rental further slide by 2%-2.5% on trunk routes due to general economic slowdown  deepening with cargo offerings, on an average, fell by 10%-15%, covering factory output, fruit, vegetables, food items with slowness in import-export trade, while a large number of infrastructure projects stalled due to cash crunch.”

IFTRT says the monthly fleet utilisation in last year and a half has declined by nearly 30%-35% for a truck running on trunk routes due to lower demand for freight and slowdown in some of the industries, thus the monthly revenue of trucks owners in last two quarters, in particular, has dropped by 35%-40% on fewer round trips on trunk routes with 4-5 days waiting period for return cargo on most of the routes. It also points towards the absence much-anticipated pre-buying ahead of BS-VI norms starting April 2020.