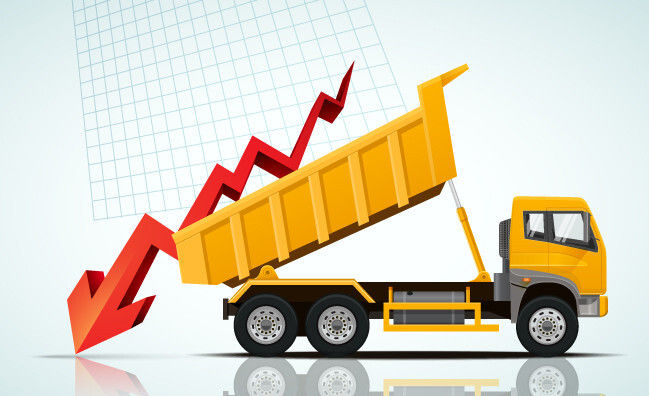 The commercial vehicle sales continued its free-fall as the entire auto sector is feeling the heat of slowdown. The on-going festive season, positive announcements by the government, the anticipation of pre-buying are the few positive facets the industry is pinning its hopes on over the next 2-3 months. Our analysis of August’19 sales indicates a little upward trajectory as manufacturers continue to grapple with falling sales numbers and production cuts.

It appears that the ongoing slowdown in the domestic automotive industry is worsening every month with little or no sign of recovery as the sales of all the segments-Passenger Cars, Two-wheelers, and Commercial Vehicles remain weak. The commercial vehicle sector, in particular, is the worst hit as manufacturers are reporting record low sales month-on-month. This has resulted in production cuts and plant shut-downs as OEMs are trying to control the increasing inventory at the dealerships and simultaneously plan well for the BS-VI transition.

The declining commercial vehicle sales numbers clearly point towards the underline stress in the Indian economy as trucks sales rise only when the freight and infrastructure activities gather steam. Apparently, the fleet operators and small truck buyers are not really buoyant to purchase new trucks as the demand for carrying loads is not encouraging. While the government is doing whatever it can to stimulate the economy in general and auto industry in particular, the impact of the measures will see the translation on the ground gradually over the next few months.

Commenting on the company’s performance in the month, Mr. Girish Wagh, President, Commercial Vehicles Business Unit, Tata Motors said, "The subdued demand sentiment due to poor freight availability, lower freight rates and a general slowdown in economy continued to hamper the commercial vehicle demand. System stock reduction through retail focus and aligning production will continue to be our approach, while cautiously monitoring the market, in these challenging times. As a result, retail sales are estimated to be ahead of wholesale by over 25% in August. We are looking forward to a positive impact of the recently announced stimulus package by the Government."

Moreover, higher diesel prices and lower freight rates are also impacting the profitability of transporters. The freight rates on key routes remain weak due to lower demand for goods both in the manufacturing and agriculture sectors. Also, underutilization of truck capacities in the industry is also a cause of lower demand for new trucks. The commercial vehicle industry is well-known for its cyclicality as sales fall after every few years of growth trajectory. Now the industry is hoping that once the festival season offers some respite, the BS-VI transition settle downs, the sales would start to pick up again towards the beginning of the next fiscal year.

The Increased axle load norms announced earlier, which added capacity overnight, seems to be doing no favours either.

As the sales continue to deteriorate over the last few months, this has reflected in the declining production numbers for the month of August 2019. The overall commercial vehicle production slumped by a massive 42.04% as compared to the same month last year. The industry produced 54,873 units in the month. (August 2018: 94,678).Top manufacturers including Tata Motors, Mahindra & Mahindra, Ashok Leyland and VE Commercial Vehicles have seen the production numbers dropping by 46.52%, 35.58%, 40.74%, and 51.29% respectively in the month. The entire segment’s production numbers dropped considerably in the month, the M&HCV segment goods carrier segment declined by 63.58%, whereas the passenger vehicle which was positive in July turned negative by diving 4 percent. The overall LCV segment also slumped by 31.48 % compared to the same period last year.

The commercial vehicle monthly sales continue to slide in August too. Slowing demand in the country, negative sentiments in the market and regulatory issues continue to weigh heavy on truck sales. Total CV sales declined 38.69 in the month as compared to the same month last year to 51,897 units (August 2018:84,648). The vital M&HCV good carrier segments consist bulk of heavy trucks are continue to remain under pressure with a fall of 58.43 percent, while the passenger carrier segment down by 11.17 %. The LCVs largely used for city transportation and last-mile delivery, both the passenger and good carrier segments saw a negative growth of 9.2% and 29.66% in the month. ​​

Manufacturer’s domestic sales in the month of August

The commercial vehicle manufacturers now fighting the domestic slowdown are now increasingly looking overseas market to gain traction in the much-needed sales. However, Indian truck makers still export a tiny number of vehicles to the overseas market as compared to what they sell in the domestic market. The focus has always been the domestic market, but given the sustained downturn; it is perhaps the right time for companies to keep tapping opportunities in the export. Markets such as SAARC countries, Africa, Middle-East, South America and South-East Asian countries are the key markets. Similarly, the domestic market, the total export in August was down by 34 % to 6,100 units. (August 2018: 9,274). In terms of segments, the LCV goods carrier exports declined by 13.3%, while the M&HCV goods carrier segments registered a huge 67.05% drop, the passenger carrier segments export up by 28.03%.

The last couple of month’s truck sale trends indicate the much-anticipated pre-buying is yet to pick-up. OEMs are now hoping that the customer will renew their purchase decision to cater to the increasing festival demand. Also, with BS-VI implementation a few months away, Industry analysts are also expecting the pre-buying to help boost sales; however, there is no clear estimate of the quantum of pre-buying to take place. The recent statements of the government suggest that the long-awaited scrappage policy is ready and likely to be made public soon. The scrappage policy seeks to phase-out older vehicles that are expected to boost the sale of new vehicles. Especially, more than 15 years old trucks will find it hard to run as the registration fees will be increased significantly, hence truck owners will look to buy new trucks with some incentives under the new scrappage policy. The industry which is now witnessing new low monthly sales volumes with more and more production cuts by OEMs to cope with the overcapacity is wishing a revival rather swiftly.