Atul Auto LTD is one of the key players in the Indian three-wheeler commercial vehicle space. Formed in 1986, the manufacturing of the Atul Atuled vehicles began in 1992. The automaker has steadily expanded its portfolio in the passenger and cargo vehicle categories right from customized ‘chakkada’ vehicles to Atul Shakti, Atul Smart, Atul Gem, and Atul Gemini Atuls. The most popular in the transportation segment is the Atul GEM lightweight cargo truck price which starts at INR 1.68 lakh (ex-showroom). The three-wheeler cargo truck is excellent on mileage and carrying loads within the congested urban and semi-urban areas of the country. With the implementation of BS-IV norms in India, Atul Motors has also transformed its entire product portfolio to make them compatible with the latest standards.

The price range of Atul three wheelers starts from ₹ 1.04 Lakh for the most economic model in its lineup, the Elite Cargo. The most expensive three wheeler in Atul lineup is the GEM Cargo, priced at ₹ 2.95 Lakh also includes Auto Rickshaw and 3 Wheeler. Its most popular models include Elite Plus, Gem Paxx, Shakti Cargo, GEM Cargo and Rik. 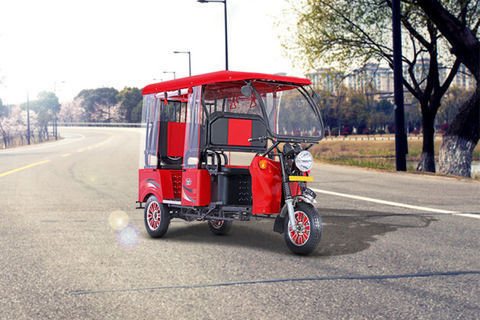 From ₹ 1.12 Lakh*
Get On Road Price
1Variant Matching Your Search Criteria

From ₹ 1.90 Lakh*
Get On Road Price
3Variants Matching Your Search Criteria

From ₹ 2.77 Lakh*
Get On Road Price
1Variant Matching Your Search Criteria

Atul is one of the top names and a key player in the three-wheeler commercial vehicle segment in India. The vehicle manufacturing company was established in 1986. The manufacturing of the Atul Atuled vehicles started off in the year 1992. The Atul has steadily expanded its portfolio ever since its inception spreading over commercial vehicle categories like passenger and cargo vehicles.

Atul Auto LTD is a top Indian three wheeler/auto-rickshaw makers in India’s commercial vehicle sector. The Atul was established in 1986, although its manufacturing started with the Atul Atuled vehicles in 1992. The manufacturers have steadily expanded their portfolio in the cargo vehicle and passenger vehicles’ categories.

Atul commercial vehicles range from ₹1.04 lakh for the most affordable model in its lineup, the Elite Cargo, to upto ₹ 2.95 lakhs for the priciest three wheeler, the GEM Cargo.

Not just that, the Atul is also known for its customized ‘chakkada’ vehicles as well as some other very popular models in the segment including the Atul Smart and the Atul Gemini Atuls. However, the Atul’s most popular vehicle ever in the Indian LCV market is the Atul GEM. The three wheeler cargo truck is excellent in terms of carrying loads as well as fuel-efficiency when going through congested urban and semi-urban areas of the country.

The Atul Atul is known for high-quality, sturdy, reliable and 24x7 availability. The implementation of BS-IV norms in India has also gone through and ever since, Atul Motors has completely transformed its entire product portfolio to make them BS-VI compliant and also compliant with other latest standards.

The most popular vehicle from Atul, the GEM is a lightweight three wheeler cargo truck known for its excellent mileage, great capacity to carry loads through urban and semi-urban areas of the country and a very affordable price tag as well.

The Atul is indeed one of the best in the three wheeler cargo and passenger segment with a commendable portfolio of really utilitarian and well-built vehicles that are offered at affront prices in the Indian market.

What is the lowest priced truck model in Atul

The Lowest priced model of Atul is Elite Cargo with the price of Rs ₹ 1.04 Lakh

What is the highest priced truck model in Atul

The highest priced model of Atul is GEM Cargo with the price of Rs ₹ 2.95 Lakh

What are the popular commercial vehicles of Atul

How many Atul dealers are available in India?

272 Atul dealers are available in India. Find out the nearest Atul dealer in your city